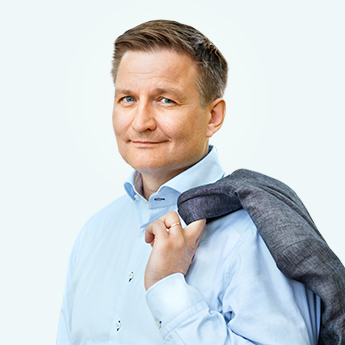 The European Commission instructed Finland last year on how to increase the recycling rate of municipal waste – which has been stuck at 40% – to meet the targets set for Member States. The Commission is concerned that Finland might not meet the recycling target of 50% set for 2020. The new Waste Directive increases the target to 55% in 2025 and 60% in 2030.

The Commission’s concern is justified. The pressure to increase recycling rates is also focused on packaging producers although the targets set for packaging waste have been achieved.

The pressure to increase recycling rates is also focused on packaging producers although the targets set for packaging waste have been achieved.

The most effective way to increase the recycling rate of municipal waste would be to apportion the overall target between the various responsible parties. This way, it would be clear who would be expected to take further action if the targets are not met. This proposal was also supported by members of the working group that was drafting the amendments to the Waste Act.

The solution, however, was rejected due to insufficient statistics. Only in the case of waste covered by producer responsibility are the statistics sufficiently accurate.

Producers are obliged to compile annual statistics on the amount of waste generated and recycled. The other responsible bodies should be required to do the same.

Readers are happy with the Rinki magazine

How will eco-modulation change packaging?

Consumers and recycling 20.10.2021
All the latest articles
Rinki's newsletter brings you all the latest news about recycling of packaging
FAQ for companies