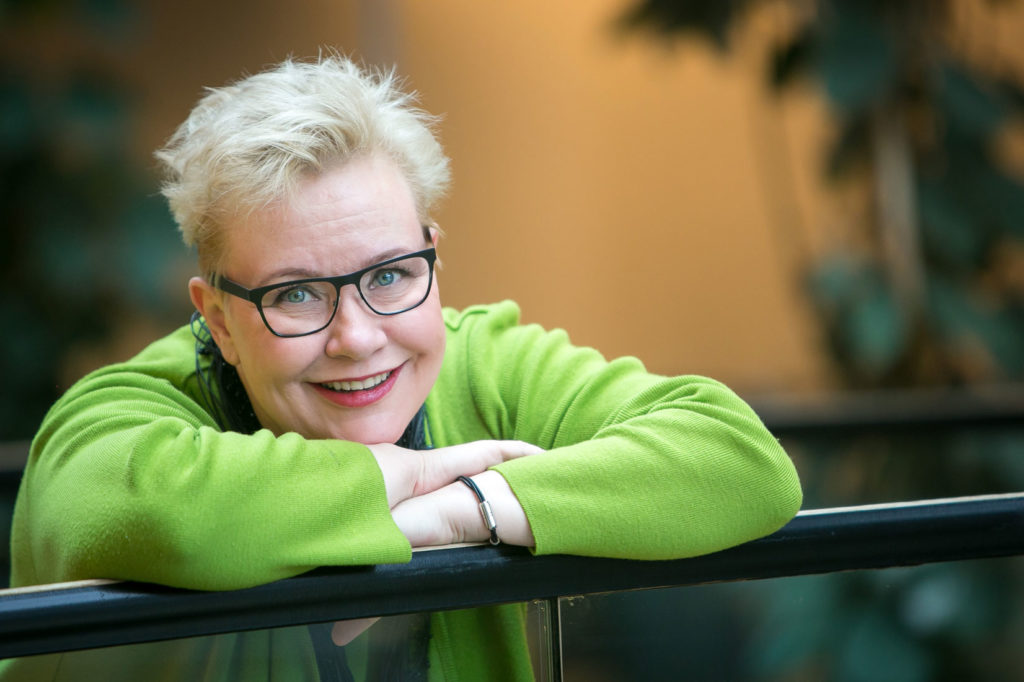 Decision-makers like to talk about circular economy. No wonder. Circular economy is known to be good for the economy, employment and the environment. The transition to circular economy could create three million new jobs in Europe and cover half of the emission reductions needed to meet the 2050 targets of the Paris Agreement. Reducing the use of virgin raw materials by 20 per cent would, in turn, increase the EU’s GDP by 3 per cent while also improving its competitiveness.

“Recycling is not an end in itself”

The EU already took steps towards circular economy in terms of plastics, waste management and recycling during the last parliamentary term. The current European Commission has accelerated legislative processes. For example, one of the Commission’s goals is to make all packaging reusable or recyclable in a cost-effective way by 2030.

“There is ambition in the Commission’s action plan, and it has many good elements but also some problems,” says Pietikäinen.

Pietikäinen points out that circular economy, as the name implies, is about the economy and a major structural and systemic change to it. This change is only starting to take place. Up until now, the Member States’ practical measures have focused on the wrong end of things: waste management and more efficient recycling. But even a watertight recycling system does not eliminate the basic problem.

– After all, recycling is not an end in itself. Measures should focus on how to minimise the amount of waste generated in the first place. Products and packaging should be durable, reusable, repairable, upgradeable and, lastly, recyclable, says Pietikäinen.

The quality of precious raw materials that go into circulation should be kept at a high level from one circle to the next, as is currently the case with the recycling of deposit bottles.

Pietikäinen also calls for more transparency and clarity in the definitions and statistics of recycling: What proportion of the collected packaging waste in each Member State is genuinely reused? Pseudo-reuse must be eliminated. Glass still ends up as a base material for landfills in many countries, for example.

Pietikäinen, however, thinks that the biggest problem with regulation is the short time span. The Commission lacks an actual long-term and comprehensive vision for circular economy, but businesses need a clear vision of the future as well as indicators of what is measured and by what criteria. When targets are set inefficiently for the short term and tightened all the time, the consequence is wasted investment.

– Instead of hastily prepared bans and obligations, it would be best to agree on a policy that the recycling rate must be, say, 80 per cent in 2040. This would give all parties time to work together to find the best way to achieve that goal, Pietikäinen suggests.

Open cooperation is the keyword

– This will not work without cooperation. As long as each link in the chain and each country make their own plans, circular economy will not become economically viable and we will not be able to bring about a major structural change.

We need a framework programme for packaging, an entity in which product legislation and demand, collection and use of packaging all support each other.

Pietikäinen points out that political decision-makers and officials do not know which polymers need to be used in packaging so that it is recyclable.

– The packaging materials industry, research institutes, the packaging industry, companies that use packaging and commerce should be sitting at the same table. They should commit to the idea that if you produce such packaging, we will use it and shops will then buy the products packed in it, says Pietikäinen.

So there needs to be a European consensus on how to generate less packaging waste and what materials are used so that they can be reused.

A challenge for the Finnish packaging industry

One topical example of the consequences of this lack of cooperation is the SUP or Single-Use Plastics Directive. The situation is difficult from businesses’ perspective: bans and labelling requirements will enter into force in July, but authorities in the Member States got the guidelines from the Commission at the very last minute. There was not enough time to provide guidance to companies.

Pietikäinen says she understands the hurry and the pain “on both sides”. We need to act urgently; the time for talking is over.

– It’s clear that this should have been considered as a whole: how different regulations fit together and support each other; single-use plastics should not have been made the only issue. Regulating small elements is the wrong way to go about this, says Pietikäinen.

Pietikäinen thinks that we need a framework programme for packaging, an entity in which product legislation and demand, collection and use of packaging all support each other.
Pietikäinen challenges Finnish packaging industry players to formulate a joint message. Now every organisation speaks from their own point of view.  It often happens that a national organisation that representing an industry has a completely different view from that of the European umbrella organisation.

– We need regulations; the days of self-regulation are over in terms of circular economy, but regulations must be smart, says Pietikäinen.

Packaging in the spotlight in the EU

Current legislation on packaging recycling
1. The SUP Directive – obligations and bans enter into force in July 2021
2. Product design, i.e. the reform of the Ecodesign Directive – the Commission proposal in autumn 2021
3. Legislative proposal for Green Public Procurement – by 2022
4. Reform of the entire Waste Law package 2022/2023

Mission possible: A 20 per cent increase in the recycling rate of packaging waste in five years

While serving as Minister of the Environment in 1991–1995, Sirpa Pietikäinen brought together a number of Finnish companies in the packaging industry: those that manufacture and those that use packaging as well as representatives of commerce.

Pietikäinen tasked the companies with developing a model on a voluntary basis to increase the recycling rate of packaging in Finland. It took the companies a couple of months to agree on an operating model, which was then used as a basis for legislation.

Rinki’s predecessor, the Environmental Register of Packaging PYR Ltd, was established in 1997. Finland already achieved the EU target for 2001 of recycling 42 per cent of packaging in 1997. In the early 21st century, Finland held the top position in Europe on reuse of packaging and the recycling rate of packaging waste.

– Open cooperation between decision-makers and businesses is almost invariably the best way to resolve big issues quickly and cost-effectively, but it requires open-mindedness and commitment. This is what we need in the EU, says Pietikäinen.