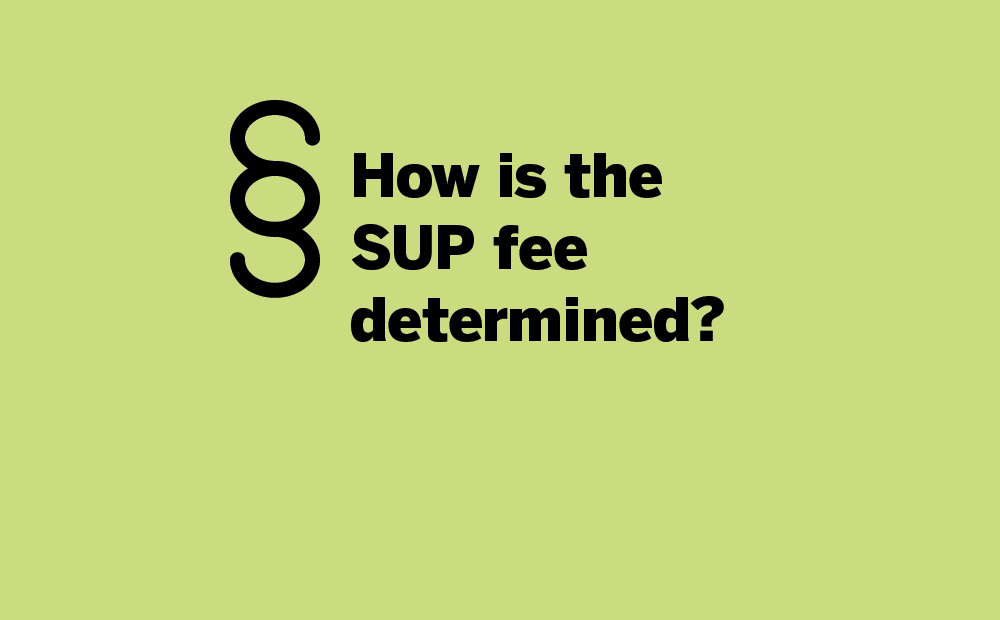 These companies will once again be faced with new obligations and will have to cover some of the costs of waste management and cleaning in municipal public areas. This obligation is based on the Single-Use Plastics (SUP) Directive.

Liability for the costs will apply to SUP products, and the obligation will take effect at the beginning of 2023. Companies with producer responsibility will pay the waste management and cleaning costs incurred from 2023, i.e. the SUP fee will be payable for the first time in 2024.

Liability for the costs of empty beverage cups will start in 2025.

The fixed cost of waste management and cleaning in municipalities will be EUR 4.79 per inhabitant for 2023–2025. This figure was agreed in negotiation between the parties since no reliable and comprehensive data is currently available at the municipal level. From 2026 onwards, municipalities will report their actual annual costs incurred for cleaning and collecting SUP products to the Pirkanmaa Ely Centre in May of the following year.

The calculated cost, EUR 4.79, will also be included in the incoming legislation. Based on this figure, the total estimated cost of municipal waste management and cleaning will be approximately EUR 26 million per year for the 2023–2025 period. The cost will be allocated proportionately to municipalities and across SUP product categories on the basis of litter composition surveys.

Composition surveys will be carried out every three years going forward.

The first surveys of litter composition have been underway since last spring and are funded by SUP producers, the Association of Finnish Local and Regional Authorities, some municipalities and the Ministry of the Environment. The surveys examine the composition of waste collected from rubbish bins and the ground in public areas.

The results will form the basis of regulation that will establish the proportion of each SUP category’s costs of the SUP waste and litter collected by municipalities. Composition surveys will be carried out every three years going forward.

Reporting of SUP packaging to start in 2024

Starting from the beginning of 2023, companies will have to collect data on all the SUP products they place on the market. RINKI will start collecting data on SUP products as part of the packaging data reporting for 2024, once the 2023 packaging data have been submitted. This means that companies’ first SUP fees will be due in 2024. The SUP fee is a new producer responsibility fee and is payable in addition to recycling fees.

Producer organisations in the packaging sector will determine the level of the SUP fees to be charged to producers. The fees will cover costs that arise from the obligations of the SUP legislation, such as a product category’s proportion of municipal costs and the costs of composition surveys, and will be transferred to producers.

The share of the SUP fees payable by companies with producer responsibility will be decided by producer organisations based on the volumes of SUP products that the companies place on the market and report to Rinki.

Rinki will provide more information about the SUP fee in the future.

Most litter found in urban areas is plastic

The volume, type, origin and movements of litter in urban areas have not yet been systematically studied in Finland. A study carried out by the Finnish Environment Institute (SYKE) in 2021 surveyed the volume and quality of litter in two parks in Helsinki.

Approximately 90% of the litter found in both parks was plastic. In terms of numbers, by far the most common types of litter were cigarette butts and filter tips, approximately 63% of the litter found. The second most common type was Styrofoam, about 32% of all litter. Plastic food containers accounted for about 2.5% and bottle caps and lids for 1.5%.

When litter is near waterways, it is very likely to end up in lakes or the Baltic Sea through rainwater and wind. Litter in waterways is particularly damaging as recovering it can be difficult or often even impossible.

Sources: The Finnish Environment Institute (SYKE) and the Ministry of the Environment, Government Proposal 141/2022: the most common types of litter found on shores of waterways in Finland.