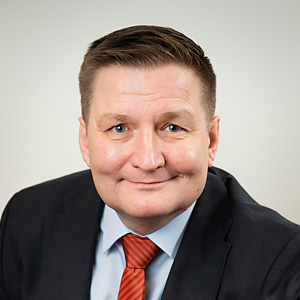 The Finnish government’s draft for the Waste Act was submitted for comment in April after a long wait. The aim of the proposal, and the waste directives on which it is based, is to increase recycling, reduce emissions and promote circular economy.

The statutory increase in sorting and recycling will significantly increase the market for waste collection, transportation and recycling. This will be reflected in an increase in the turnover of environmental companies and an improvement in recycling rates in the coming years.

It will be packaging producers who will foot the bill for the growing market. It is therefore important to us that the transition to circular economy required by law is implemented cost-effectively.

The changes currently being prepared to the law alone will bring additional costs of tens of millions of euros for packaging producers, which will be payable in the coming years in the form of increases in recycling fees. The next challenge – and the consequential additional costs – is already being prepared. The Single-use Plastics Directive (the SUP Directive) is being implemented with great urgency.

We thank those drafting the law for proposing that the bill under consultation be extended to cover foreign companies involved in distance-selling. Distance-selling would ultimately be subject to the same obligations as Finnish companies, and unfair competition would be eliminated.

A solution must also be found for how to make distance-selling companies located across the world comply with Finnish legislation. Rinki and its owner associations have repeatedly suggested that distance-selling platforms such as Alibaba, Wish and Amazon should be required to ensure that companies selling products through them join producer responsibility schemes. It would advance the fair sharing of common environmental responsibilities.

How to double the circular material use rate

Companies' stories 16.6.2021
All the latest articles
Rinki's newsletter brings you all the latest news about recycling of packaging
FAQ for companies