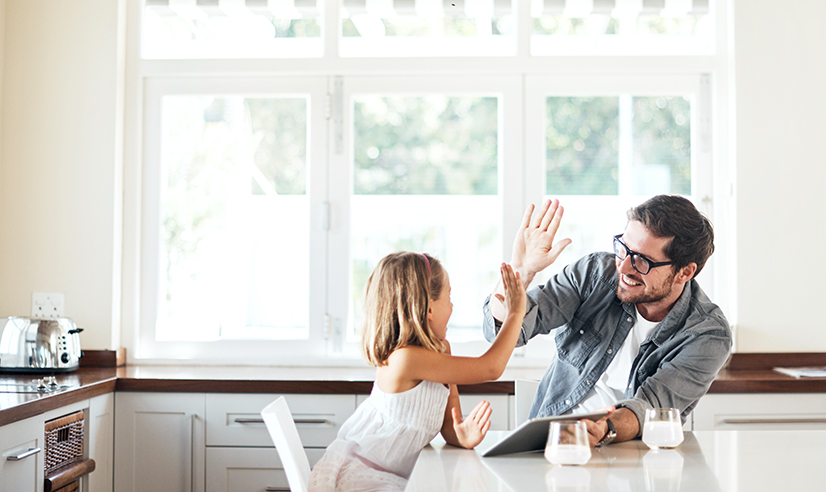 Arla and UPM carried out a survey to find out what Finnish families think about circular economy and recycling. Four out of five respondents believe that small everyday actions, such as recycling food packaging, make a difference in the fight against climate change.

Almost a third of families recycle more thanks to their children and, while children play an important role, more engaging measures are needed. 92% believe that companies should encourage people to recycle their packaging.

Using a game to teach children about recycling

Arla, working together with UPM, is introducing a new dimension to sustainability with a wood-based, fossil-free packaging. The Kierrätyskamut game can be found on milk and Luonto+ yoghurt cartons. Aamu the cat and Luonto+ birds have adventures in the world of circular economy using augmented reality. This game for children sheds light on issues such as how recycling at home is part of the wider concept of circular economy. 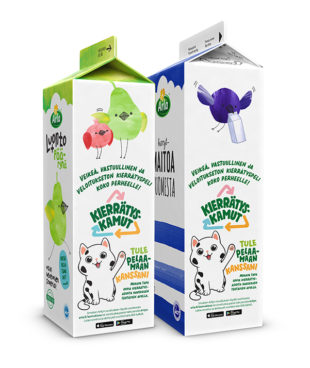 Find out how you can play the Kierrätyskamut game at arla.fi/aamukissa (in Finnish).

Arla’s goal is for each packaging to be used again through recycling.

– What we call rubbish is often valuable raw material. A yoghurt pot, for example, can continue its life in another form when it is recycled in an appropriate manner,” says Arla’s Brand & Category Manager, Kati Janhunen.

Kierrätyskamut is the latest example of joint actions by Arla and UPM to curb climate change. It follows the packaging reform, in which the raw materials for the gable-top cartons of all Arla’s milks, yoghurts and cooking products were completely replaced with renewable materials. The bioplastic used in the cartons is based on tall oil, which is a residue from the pulp production process. These cartons are more sustainable than the previous ones, and more than 40 million cartons are made each year.

Kierrätyskamut is the latest example of joint actions by Arla and UPM to curb climate change.

Arla aims to be a carbon-neutral dairy producer, and UPM has signed the UN’s 1.5 degree climate commitment. When large companies work together to achieve their goals, the impact is significant.

Find out how you can play the Kierrätyskamut game at arla.fi/aamukissa (in Finnish).