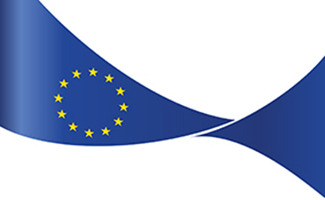 At the end of last year, Estonia as the President of the Council representing the EU member states, the Parliament and the Commission agreed on the waste directives that had been under preparation for a long time. The final content of the waste directive package will be clarified this spring.

– It is good that a shared vision was eventually found. The result is a compromise the details of which are yet to be revealed. The responsibilities of the producers, however, are becoming heavier as the recycling targets increase, says Juha-Heikki Tanskanen, CEO of Finnish Packaging Recycling RINKI Ltd.

According to the Ministry of Environment’s Senior Environmental Adviser Riitta Levinen, the most challenging issue will be to achieve the overall target for packaging waste. Instead of the current 55 per cent, the new target for 2025 will be 65 per cent and for 2030 as much as 70 per cent.

When the overall target for packaging waste is itemised, the categories that need to be worked on most are plastic and wooden packaging. In seven years, half of plastic must be recycled. The current target is 22.5 per cent. Levinen thinks that the target, more than twice the current one, will be difficult to reach.

– Finland is in the same position as the other EU countries. The market for recycled plastics is uncertain now that China no longer imports plastic for raw material for its industry. There is a need for innovations that promote recycling and harmless material flows.

The targets will also be tightened by the change in the calculation method. Materials that are sorted into collection containers and recycled but discarded for various reasons during the processing will no longer be counted as recycled material. There are materials other than plastic packaging in collection containers.

– In practice, more than 50 per cent of plastic packaging needs to be collected for the target to be met. This increases costs, Tanskanen sums up.

Solutions must be found for wooden packaging

If the targets are to be achieved, the recycling rate for wooden packaging also needs to increase. By 2025, 25 per cent of it should be recycled instead of the current 15 per cent. The recycling targets will not include the preparation of packaging waste for reuse, but repair of wooden pallets can be included in the targets. According to Tanskanen, the aim was to have reuse included in the calculation of recycling rates.

– However, it is only with consumer packaging that a small portion, no more than 5 per cent, of reused material can be recorded as packaging waste in terms of recycling targets. It is a step in the right direction.

There is plenty of wooden packaging in Finland and, in Levinen’s opinion, that is why it will be difficult to increase the overall target. There is also concern that there is no market for recycling wooden packaging waste.

– There is not much demand for waste wood, especially in countries where a lot of clean wood material is produced as a by-product in the forest industry. The target could be achieved by reducing the share of wooden packaging waste produced in the first place and by further increasing the reuse of wooden pallets.

According to Levinen, the wooden packaging industry has been determined to find solutions in areas such as exports. The possibility of using wooden waste as industrial raw material has also been explored.

The mandatory producer responsibility for packaging will enter into force in 2025. That is plenty of time, but Tanskanen also sees threats.

– The limits of producer responsibility vary from one member state to another. If the systems in different countries are to be harmonised and the country-specific circumstances are not taken into account, there may well be stricter rules.”

Levinen says that although efforts have already been made to make Finland the paragon of the circular economy, in practice the entire Finnish waste legislation will have to be updated to comply with the new directives. In future, the key targets for packaging producers as well as their collection obligations will be tightened.

– It is worth assessing whether it is possible to improve efficiency through the existing producer responsibility scheme or if the responsibilities should be re-examined, says Levinen.

If a member state fails to meet the binding obligations set out in the directives, the Commission may request further clarifications and, in the worst-case scenario, initiate the infringement procedure. Another new feature is the early warning system.

– Three years before the deadline, the Commission will assess whether the member states are able to achieve their targets. The Commission will make a note of the countries at risk, then seek to support them and put forward proposals for measures.

Once the details of the recycling targets are clear, they will be integrated into national law. If the preliminary agreement is officially approved, the directives will probably have to be implemented in 2020.