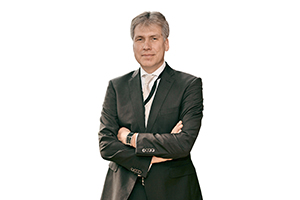 Over the last 25 years, producer responsibility in Europe has developed into a proven concept that drives recycling and sustainability of packaging in the right direction.

Quoden admits that there is need for flexibility in the local approach in order to take into account the differences between the Member States. For instance, Finland is not Cyprus and Ireland not Romania.

– Nevertheless, we’ve had many important experiences especially in the countries that started EPR with many, many mistakes and shortfalls. Unfortunately, other member states did not take into account these lessons, but, instead, reinvented the wheel, he says.

– Therefore, there is so much potential in many Member States to improve the whole system just by applying best practices, argues Quoden.

The new Waste Framework Directive should make a difference, given that in the Directive, minimum requirements have been agreed for EPR – and Member States will have to implement them in addition to higher targets, stricter calculation rules, harmonized reporting etc.

– I expect a boost in the performance in many countries, if the Member States do their job in the revision of the national legislation quickly now.

Quoden acknowledges that EPR is “probably not the most loved baby” of obliged industry but he feels that the companies of the sector are still thinking that EPR provides industry with a very good tool to fulfil the expectations that the consumer and authorities presently have.

– Via EPR, they can not only just fulfil the ‘financial’ expectations, but also steer the process in a proactive and positive way. It is also now understood that EPR gives them the opportunity to better understand the need of the recycling chain when they design packaging,” Quoden believes.

Nothing is set in stone

Quoden is of the opinion that the biggest EPR-related challenges at the moment involve the constant changing environment in the world of NGOs and politicians. As the priorities and demands keep changing, a long-term perspective is hard to come by.

– Five years ago, the biggest threat for politicians and NGOs was food waste, and industry was asked to reduce it – without harming the consumers’ choice and without putting additional burden on them. Today, the same people concentrate on the end-of-life of certain products and packaging only and forget their purpose.

Quoden also points out that solving “the plastic soup” in the world’s oceans by action within Europe alone is not likely to work, since over 90% of the input is coming from Southeast Asia. He would like to see a stop to the populistic moves and a return to pragmatic action.

One useful benchmark could be the Circular Economy Package, where the Commission worked for many years with all stakeholders to come up with a proposal which was then endorsed and approved by – not only the European Parliament and the Council of the 28 Member States – but also by all other stakeholders, industry and NGOs.

– Of course, we as an industry have to deliver as well, improving our systems and offering solutions for all products put on the market, he says, adding that the industry is moving forward, much more now than in the past. For example, the CEFLEX initiative has nearly 100 companies and associations (featuring the whole packaging value chain from the plastic producer to the recycler) working to develop sustainable solutions for flexible films.

Quoden is confident that, with the new legislation, EPR can get to the next level. He says that, in fact, EXPRA anticipated these developments and came up with its own plans for the future, bringing forth “EXPRA 2.0”.

– We agreed to put much more focus on our members, to analyse their challenges and their needs and to try to support them much more than in the past where we had to concentrate a lot on the Brussels level, Quoden says, pointing out that this is something where EXPRA is really unique in the packaging sector as the organisation is not a “Brussels-only” association.

– I am very much looking forward to spending more time in the countries to support them in the implementation of the new legislation, first with the legislator and then, most importantly, in real life, he says.

Joachim Quoden was appointed as Managing Director of EXPRA (Extended Producer Responsibility Alliance) in May 2014. EXPRA is an alliance of packaging recovery organisations which are owned by obliged industry and work on a non-profit basis. Currently, 19 packaging recovery organisations from 18 countries from all around the world are members of EXPRA.

Quoden has been fully licensed as lawyer in Bonn, Germany, since June 1995. For 13 years he worked as in-house lawyer for Der Grüne Punkt which is dealing with the organisation of the collection and recycling of packaging throughout Germany.

In January 2001, he became Secretary General of PRO EUROPE, the international umbrella organisation of 35 packaging recovery organisations. From April 2005 until February 2013, he was the Managing Director of PRO EUROPE.

Reflecting on his time – so far – with EXPRA, Quoden says that the great enthusiasm and engagement of most of the members really stands out: to move EXPRA forward, to move EPR to the next level, to help each other to improve.

– Also the great cooperation with all stakeholders, including the Commission and other authorities on the way to a useful and reasonable Circular Economy Package, was extraordinary, Quoden says.

– Of course, we fought a lot, but we always knew that we all want to reach the same goal, too.