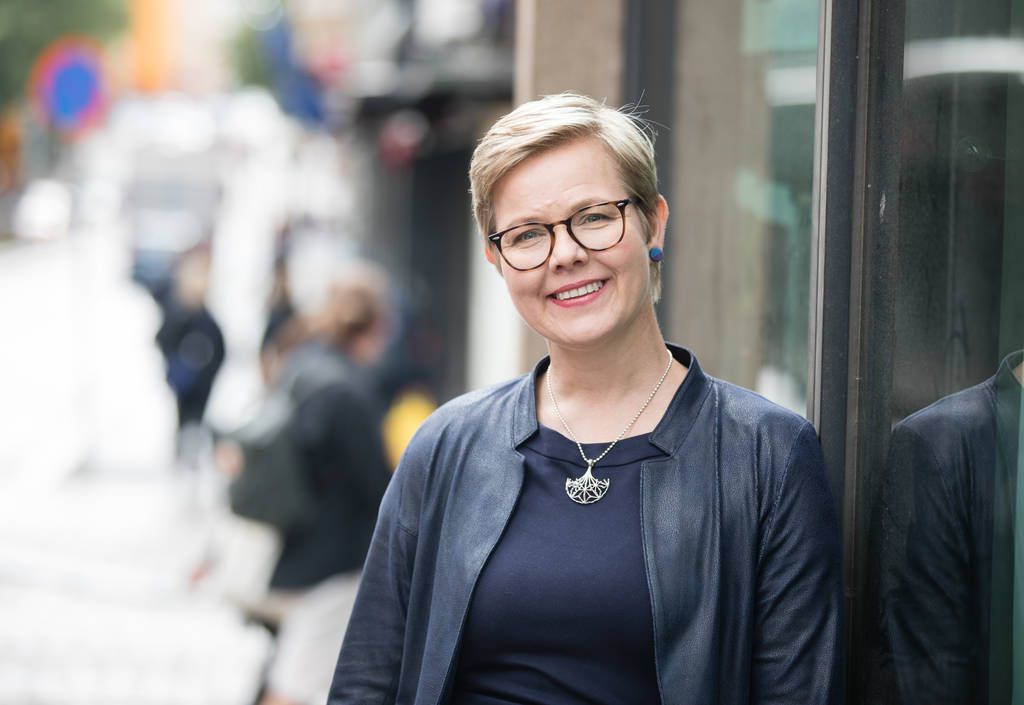 Rinki eco take-back points are a familiar service to Minister of the Interior, Krista Mikkonen (the Greens). Mikkonen, who has served as Minister of the Environment and Climate Change in two governments, is used to sorting waste both at home in Joensuu and in her flat in Helsinki. She thinks that recycling is easy.

– When we are in Joensuu, we take all recyclable packaging materials to the Rinki eco take-back point at the supermarket near us. There are also collection points for electrical devices and batteries at the supermarket, and we compost our biowaste.

In Helsinki, the collection points are in the back yard of the building.

The minister points out, however, that the most important thing is not to produce waste in the first place – a principle that is also followed by the Mikkonen family.

-We only buy what we need, we repair what’s broken and find ways – sometimes very creative ways – to reuse objects that we no longer need.

Room for improvement
Mikkonen thinks that many packaging materials are recycled “relatively well” in Finland in relation to the EU targets, citing glass, metal and cardboard as positive examples. Finland can be proud of its bottle deposit return system.

-It’s definitely something to shout out about, says Mikkonen.

There is still much room for improvement in terms of recycling plastics, though, both in Finland and in the other EU countries. Mikkonen says that the new Waste Act will make it easier to improve the recycling figures for plastic.

-I’m glad that the recycling of textiles will also increase rapidly in the next few years as this is an area that needs to be improved, says Mikkonen, who mentions the first industrial end-of-life textile refinement plant in the Nordic countries, which was recently opened in Paimio.

Finland hopes that the EU would introduce regulations to force the textile industry to make its operations more sustainable and in line with circular economy. The EU is, indeed, preparing a strategy for sustainable textiles, to be published in early 2022.

Stepping up a gear in recycling
Speaking about the Waste Act, which came into force in summer 2021, the Minister says that she is, first and foremost, pleased that the legal reform, which was long in preparation, has finally been completed.

-The new Waste Act is an important step in curbing the over-consumption of natural resources. It’s one of the necessary steps to achieving our recycling targets.

The new Waste Act raises Finland’s recycling targets to the level set by the EU Directive. The recycling targets will go up in two stages: 65% of packaging materials will have to be recycled in 2025 and 70% in 2030.

-The reformed Waste Act makes sorting easier for consumers. More Finnish people will have separate collection containers in their apartment building’s back yard. I know that many people have been waiting for the recycling of plastics and textiles to be made easier, says Mikkonen.

Mikkonen is equally familiar with producer responsibility. It may sound lame as a term, but it is full of power, says the minister.

-Producer responsibility can be said to be one of the cornerstones of circular economy. It plays a key role in increasing the recycling rate and reducing the consumption of natural resources.

Mikkonen says, however, that bearing the responsibility must be made as easy as possible for companies.
“One stop shop -principle is important.”

The new Minister of the Environment and Climate Change, Emma Kari (the Greens), is continuing the planning work to extend the producer responsibility as Mikkonen became Minister of the Interior in November 2021.

In addition to producer responsibility, there are also other issues affected by new regulations – far too many if you ask businesses. Mikkonen understands that the situation may seem difficult from a business perspective. She points out that the over-consumption of natural resources is the cause of both the climate crisis and biodiversity loss. For this reason, it’s important to regulate the packaging industry so that environmental problems can be solved.

–Resolving the sustainability crisis will require extensive and immediate societal changes in the next few years. There’s a need for the changes that are being prepared. I do realise that bringing so many standards up to date at the same time causes problems.

Mikkonen says that she has been pleased to see how numerous large companies have integrated sustainability into their operations in recent years.

-The packaging industry is eager to create solutions. Companies play a key role in making sustainable solutions attractive to consumers.

Mikkonen says that a lot can be achieved by working together.

-Companies with producer responsibility need to be engaged in the change process. That’s why the Ministry of the Environment has emphasised collaboration between stakeholders. We need to engage everyone in order to solve the environmental crisis.