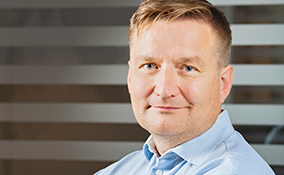 Around 4,200 firms with producer responsibility have joined producer organisations through Rinki. Collaboration has proven to be beneficial for the producers especially now that the number of obligations and, consequently, costs have increased over the past few years.

At Rinki we have been working closely with the five packaging producer organisations for the past couple of years, and as a result, we have built a collection system that meets all statutory requirements. We will also continue to systematically improve the operations in future. Some people thought that there would be a decline in sorting efforts and recycling levels but this has not been the case. Packaging that are collected are also efficiently recycled and made into new products, which is the rationale behind our operations.

The European Commission has been preparing a circular economy strategy, which is believed to be approved next year. Rinki and its owners have been actively lobbying to ensure that the new regulations will cover issues that are important to the Finnish operators. One of the main targets of the lobbying activities has been the inclusion of packaging reuse in the assessment of how well the recycling targets are met. The reuse process is very well organised in Finland, and this is one of few countries where statistics are kept of the amount of packaging that is reused.

The EU has considered the producer responsibility obligations to be a good way to control the operations. The introduction of the circular economy strategy threatens to increase the number of producers’ responsibilities, and this will put us under pressure in terms of assessing the efficiency of our operational model. The Finnish Food and Drink Industries’ Federation (ETL), the Finnish Grocery Trade Association (PTY), the Finnish Commerce Federation and the Finnish Hardware Association (RaSi) have launched a study to explore the issue, and it is expected to be completed early next year. The current material-specific model was introduced in the 1990s, when the range of producer responsibilities was much more narrow. The increased extent of the responsibilities (the entire process of collection and recycling of consumer packaging) is handled by six small organisations owned by operators in the trade and industry sectors. Now is the perfect time to explore the development requirements in the current organisational structure.

We have achieved a lot of targets in a short period of time, and the collection system for consumer packaging meets the Packaging Waste Decree requirements. I would like to thank Rinki’s partners and employees, who were extremely flexible when working with the tight schedules. There is a lot of work ahead as we all keep developing the circular economy in Finland.