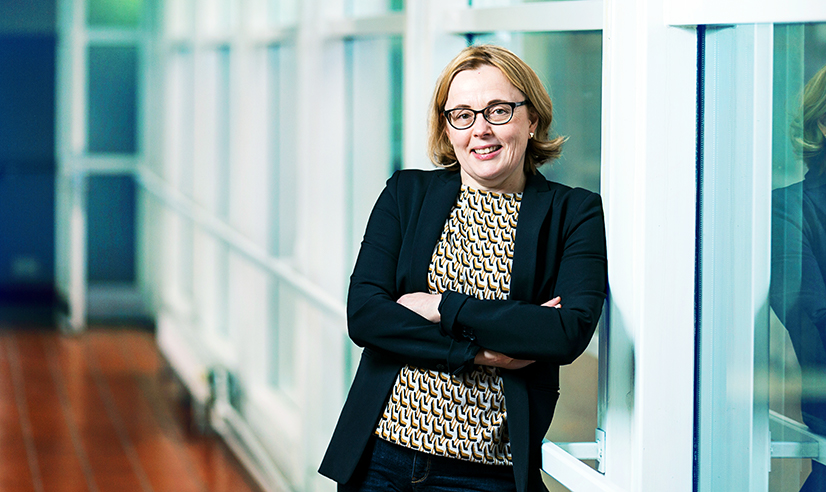 In addition to their other activities, Kesko and other retailing conglomerates are also significant producers of packaging and very important sponsors of the packaging recycling scheme.

“Producer responsibility applies to us because we import a lot of packaged goods. Producer responsibility also covers items such as the packaging of our own Pirkka products and other own-brand products as well as various packages used for non-prepacked foods such as containers at the salad bars in our supermarkets. In addition to the packaging used in our grocery operations, we also have to deal with the packaging in our hardware and builders’ supplies operations.”

Kesko is a member of Rinki. It takes care of its producer responsibility meticulously and expects its subcontractors to do the same.

Full responsibility or none at all

Producer responsibility applies to companies that use packaging and have a turnover of at least one million euros. Kesko’s network of partners includes numerous companies of this size.

“We require companies to take care of their producer responsibility, otherwise they cannot be our subcontractors. We also carry out related checks and encourage smaller companies to become members of Rinki. We bring up the point when a smaller company approaches the one-million-euro milestone. We feel that, as a retailing conglomerate, we have a responsibility to guide operators in the industry.”

We feel that, as a retailing conglomerate, we have a responsibility to guide operators in the industry.

“Our common ambitions include making packaging more eco-friendly and easier to recycle. We also consider how to reduce the amount of packaging material.”

Eco-friendliness and recycling are also important issues for consumers. Would it not be damaging for a company’s image if it dodges its producer responsibility for packaging?

“Yes, of course, but the producer responsibility for packaging is perhaps something that consumers are not aware of. It is a more important issue in the B2B world.”

A company that performs its duties does not look favourably on free riders, i.e. companies that do not take care of their producer responsibility.

“Free riders really take advantage of the recycling scheme, while Kesko and other responsible companies pay their fees. It significantly distorts competition.”

“Recycling fees – and the additional burden caused by the free riders – ultimately mean an additional few cents on the price of a product.”

According to Teinilä-Kurvinen, the situation is also unsustainable because the cost of producer responsibility added to packaging is constantly growing.

“Everyone should play their part. And when the recycling scheme is further developed in the future, it would be important for all companies – not just those with a million euro turnover – to share the costs of producer responsibility.”

Online sales must be monitored at the EU level

“A huge number of deliveries come in from the EU and outside the EU. The producer responsibility does not apply to packaging of products ordered by private individuals from stores such as Alibaba or Amazon. This packaging also eventually ends up in the Rinki eco take-back points, and the costs are borne by all the Rinki members who pay their fees.”

According to Jäske, this is a major competitive factor that should be corrected as soon as possible.

“The EU should intervene. Common rules should be created for the industry. There are certainly ways to remedy the situation. One option would be to make the online stores pay the fees when the goods are declared at customs. It’s all about the willingness to act,” Jäske emphasises.

The supervising authority, the Pirkanmaa ELY Centre (Centre for Economic Development, Transport and the Environment), has recently been looking into companies who have been free riding for a long time.

Tuomo Aunola, Senior Advisor at the ELY Centre, and his colleagues monitor the implementation of producer responsibility.

He estimates that there are hundreds of free riders, though their exact number is not available.

“It’s estimated that around 10-15% of the current packaging volume comes from companies that do not take care of their producer responsibility.”

Aunola says that there are free riders in all kinds of companies.

“Some of them are smaller companies that use a lot of packaging, while there are also big companies for whom packaging may only be a by-product of their actual operations.”

Aunola says that the Pirkanmaa ELY Centre follows tips provided by Rinki and the Finnish Customs to identify free riders.

“We’ve recently concentrated resources especially on companies that seem to have been out of the system for several years. This has been a very successful strategy.”

A letter from the Pirkanmaa ELY Centre is usually enough to stop a company from free riding.

“We tell the company about producer responsibility – to whom it applies and how the obligations can be met.”

The supervising authority’s letter also hints at the more robust means at its disposal.

“If a producer refuses to meet its obligation despite our reminders, we can impose a fee for negligence equal to one percent of the previous year’s turnover, with a maximum fee of 500,000 euros.”

Another measure we can take is a penalty payment, which is a slightly slower process.

“Even the possibility of having to pay the fee often makes people act. So far, we haven’t needed to impose a single fee.”

Aunola estimates that some companies have become free riders knowingly: they simply want to save money. There may, however, also be companies that are genuinely unaware of their producer responsibility obligations.

Every so often, companies contact the Pirkanmaa ELY Centre to ask whether producer responsibility applies to them.

“Some companies become aware of the issue when they start to follow an environmental programme. It is also common for companies that operate in more than one country to have already come across a similar system elsewhere and want to find out if a system is in place in Finland. Responsible companies want to fulfil all their obligations. They understand that their customers expect them to do so.”

Aunola thinks that it is important to inform the industry about producer responsibility.

“We need to keep sharing information via different channels.”

“It’s great that such a big player is making sure that its subcontractors are also complying with the law and taking care of their producer responsibility. The retailing conglomerates play a big role in guiding and developing the industry.”