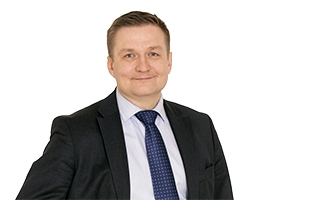 As a result, the costs incurred by the producers were also low compared with those of other countries. The responsibility was handled, material by material, by about ten small organisations, and PYR, as Rinki was known at the time, centrally managed all the shared tasks such as customer service, billing and the compilation of packaging statistics.

The new Waste Act of 2014 opened the floodgates. The obligation to organise the collection of consumer packaging and recycling of all packaging was transferred to the producers. At the same time, the yearly payments by the producers went from less than 10 million euros to over 20 million. Rinki’s statistics show that retail and food industry companies pay 85 per cent of these costs.

The operative responsibility for the collection of consumer packaging was transferred to the producers in the beginning of 2016. Consumers noticed the change as some municipal waste companies closed some of their eco take-back points, and Rinki did not always build new points to replace them. Now, after 18 months, the Rinki eco take-back point network works efficiently, and the cost of the change is decreasing. Next year, the producers will pay 17 million euros for the obligation, which is 3.7 million less than this year. Users are also happy with the location, functionality and cleanliness of the points. According to a survey commissioned by us and conducted by Taloustutkimus, the proportion of very satisfied or fairly satisfied users is 80 per cent.

More challenges lie ahead in the coming years. In the context of the EU’s circular economy package, we are discussing whether producers should pay for the collection of packaging from residential and commercial properties as is the case in many countries. The Austrian model, where producers pay for packaging waste placed in mixed waste, has also been under consideration. Such changes would threaten to multiply the cost burden on producers in Finland.

Are we ready to meet the increasing obligations? As a single scheme is run by five producer organisations and their service company Rinki, the slowness of the decision-making process and the material-specific nature of the operations have become a challenge. There were attempts to simplify the structures a few years ago, but in the end it was not done. Now everyone agrees that cost-effectiveness, risk management, lobbying that involves the entire process and transparency must be increased.

The customers of Rinki and the producer organisations are interested in what the producer responsibility for packaging costs as a whole can bring and what kinds of value it can add. Companies that use four or five different packaging materials pay more than 80 per cent of all recycling fees. The share of companies that only use one or two packaging materials is 2 per cent. With this in mind, it is easy to modify the structure of the organisation of the producer responsibility scheme so that it will be ready for tomorrow’s challenges.