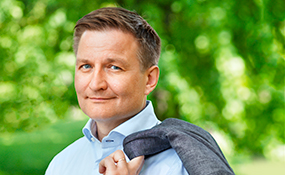 The European Commission published its proposal for a new Circular Economy Package on 2 December 2015 with a view to tightening recycling targets for packaging. Increasing the recycling rate presumes that packaging waste collection is enhanced, and it will also incur more costs for companies with producer responsibility. The Commission’s proposal does, however, have some very positive elements from a Finnish point of view, as reused packaging such as roller cages, plastic boxes and refillable bottles could be included in the recycling goals.

According to the Packaging Directive and the Waste Act based on it, reusing is a better option than recycling or using waste in energy production. In 2013, 1.77 million tonnes of packaging were used in Finland but only 720,000 tonnes of packaging waste were left behind. This comes down to the reusing systems developed in Finland such as transbox plastic boxes, the meijeripooli containers, the deposit bottle system and the circulation of wooden pallets. Thanks to these systems, only 40 percent of packaging ends up in recycling and waste management circuit.

Reusing is therefore an efficient way to cut down on waste and it should be encouraged by the targets. By introducing reuse in the calculations of recycling targets, the Commission offers stakeholders an opportunity to reuse instead of recycle, which is a step in the right direction as reusing is better for the environment than recycling. In Finland, this would have an impact on plastic and wooden packaging as the reuse rates for these are high compared to recycling.

Many EU countries oppose the inclusion of reuse in the calculations of recycling targets. This is often justified by pointing out that the change would make it more difficult to compile and then compare the statistics in the various member states. This reasoning is invalid since the comparability of the statistics is questionable even now. The Commission should, in any case, offer better guidelines and audit the packaging and waste statistics in the member states more thoroughly.

Packaging is widely reused in Finland and this often also makes commercial sense. Finland is also one of the few EU countries to compile yearly statistics of reused packaging. It appears that environmental and economic targets meet in the Commission proposal – at least from Finland’s perspective.