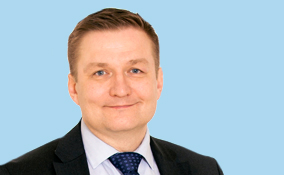 The Rinki eco take-back point network is almost complete. It will be a substantial and successful network once ready, but not all of the 1,850 take-back points as defined in the packaging decree will be completed in time. The network will be finished in 2016, which is disappointing but not surprising.

The packaging decree came into force in July 2014, when the timeframe for building a nationwide system was determined to be 18 months. The biggest challenge has been to find a policy that all partners can commit to. In addition to the producers, there are municipalities and their 35 waste management companies, plus private environmental companies all involved in the process, so there has been a great variety of opinions.

The cost of the full producer responsibility will be clarified as the operations begin. At the beginning of operations, some trial and error is involved, along with optimising the logistics. A lot also depends on consumers. If they bring well-sorted and clean material to the Rinki eco take-back points, the recycling process will go according to plan, whereas poor-quality material means additional costs and makes it harder to achieve the recycling targets. It is possible that we will have to invest more heavily than expected in consumer advice. That would be an investment that would pay itself back in larger volumes and better quality material.

And more good news: Rinki Oy’s membership fees for 2016 will fall by around 15%. We have worked hard and managed to streamline our operations.

I’d like to take this opportunity to wish you all a very happy new year; we will be back with more Rinki news in 2016.