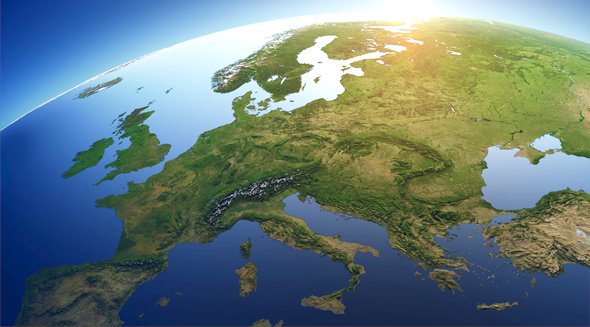 The Extended Producer Responsibility Alliance (EXPRA) is a European umbrella organisation, representing packers and packaging recyclers. Its managing director, Joachim Quoden tells that there are clear pressures in the EU to raise recycling targets for packaging. “The Commission wants to ensure that manufacturers use less virgin materials and considerably more recycled materials than at present. One aim, for instance, is to take recyclability into even greater consideration in the design stage of packaging. Incineration of waste is just one additional means to lessen the burden placed on the environment,” he emphasises. Recycling plastics in particular is deemed to be important. The Commissar for the Environment, Janez Potočnik has mentioned a recycling rate of 70% to be the target in the long run. Even a target of 75% has been referred to in the European Parliament.

The Parliament’s mindset is moving away from the traditional concept of waste management towards resource efficiency. Waste issues will then be considered more in terms of product life-cycles than as a technical process, in which waste is disposed of.

“The problem with the scheme in Germany, for instance, is a lack of transparency. As a result of business secrecy nobody understands how the money is circulating and what the calculations and statistics are based on.

Due to these shortcomings the scheme is not working as well as it could, and therefore a part of household packaging waste is not being properly collected. Statistics, definitions and the methods of calculation are prompting discussions among operators in the packaging sector throughout Europe. Reasonable comparisons can only be made if all employ the same methods and this is not the case at present,” he states.

Quoden considers the scheme in Finland to be a very workable one “You were clever in creating PYR and the producer organisations to take care of and manage packaging recycling. You have an efficient scheme. It may nevertheless be the case that extended producer responsibility for household packaging waste will turn out to be challenging even for Finland,” he says.

There are many other study and development projects in the management waste sector under consideration in the EU concerning, for instance, the termination of landfill operations, reducing the amount of waste ending up in the sea and a tighter check than present on the export of waste. Plastic waste in particular is mentioned in many respects as a problematic material requiring extra attention.

PYR does not yet have any involvement with EXPRA, but the issue of membership is under consideration, according to the company’s Managing Director, Juha-Heikki Tanskanen. “EXPRA is a new organisation established this year. PYR is considering joining this alliance,” he states.

Anna Vainikainen, Branch Manager for Sustainability, Environment and Energy at the Finnish Food and Drink Industries’ Federation also states that the Finnish scheme is very cost-effective, being based on thin organisational structures. “In a few EU states there seem to 20-50 producer organisations for just one category of packaging waste,” she mentions.

Vainikainen believes that differences in organising producer responsibility in practice influence obligated operators concerning the formation of a common standpoint at EU level as decisions and policies made in Brussels largely have varying effects on the schemes in the different states.

“It is also worth remembering that packaging diverges in many respects from other groups with producer responsibility. Responsibility for recovery belongs to the industrial or commercial user of packaging, in other words, industry and trade, and not the packaging manufacturer. For such users packaging is in fact an item of expenditure, which is often overlooked in discussions.

One should further consider the differences in products under producer responsibility obligations from the standpoint of consumers. Packaging protects all kinds of products including perishable FMCGs that are bought and consumed on a daily basis in contrast, for instance, to cars, household appliances and other similar goods that are bought less frequently,” she explains.

In Vainikainen’s opinion, one gets the impression that with regard to packaging there is an attempt to make recovery different from other producer responsibility as an activity similar to basic waste management. “One may assume that for one reason or another there is a desire to require less from consumers for this category of waste than for other categories with regard to recovery. For instance, take-back of electrical or electronic scrap is to shops,” she explains.

Vainikainen also refers to a lack of transparency in schemes run in other states and also to the transformation of a public service into a business as problems.

“Other parties than operators with producer responsibility will earn from this obligation. Such bodies should be removed from producer organisations. In Finland this problem has been excluded by the existing Waste Act,” she states. She also considers that the targets for recycling and recovery will be a major talking point and cause for concern in Europe. “They are trying to raise targets at a European level. Finland is following these ideas with some concern as the provisions of the present packaging and packaging waste directive are already being exceeded in our country. It would be better firstly to standardise calculation methods in the various states before making any decisions on new targets,” she remarks.