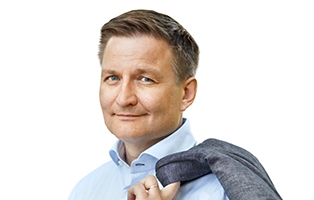 The EU Member States, the Parliament and the Commission reached a preliminary agreement on the Circular Economy Package late last year. Negotiations on the Package have been underway since 2015, when the Commission submitted its first proposal. During the process, the most stringent goals were promoted by the Parliament, the body that possibly has the least to do with practical operations. It was the Council, which is closest to the implementation of recycling and waste management at the national level, that seemed to have the greatest understanding of the challenges posed by the new targets.

I have followed closely the various preparation stages of the Circular Economy Package. It is incredible how much work is needed for the preparation of common European legislation. Another point that drew my attention was how decisions are made on the basis of insufficient information. As it was decided that the recycling targets would be increased, the calculation method was also changed.

I did not see, at any stage, any systematic assessment of the impact of the change in the calculation method on the Member States’ current recycling rates or on the achievability of the new targets. In practice, the change in the calculation method will reduce the current recycling rates and make it more demanding to achieve the set targets. This is due to the fact that the materials that are separated from the recycled materials in the processing phase and are not recycled will no longer be counted as recycled materials.

How does the new legislative package affect producers and recycling of packaging in Finland? The details are still under discussion, so it is difficult to give an exact answer. However, the collection, sorting and recycling of plastic and wooden packaging should be increased significantly. The overall recycling target for packaging is also challenging. We will have to work hard, but we will be taking a step towards the circular economy. At the same time, it is important to minimise any additional costs that the packaging producers will inevitably accrue due to the higher recycling rates.

The provisions of the Circular Economy Package are likely to be published in the Official Journal of the EU next summer, which starts a two-year period during which all changes agreed on at the EU level will have to be incorporated into Finnish legislation. The legislation that will have to be updated include the Waste Act, Packaging Waste Decree and Decree on Landfills. We will only know the full extent of the Circular Economy Package’s impact on the packaging producers’ responsibilities when the legislative process is completed.