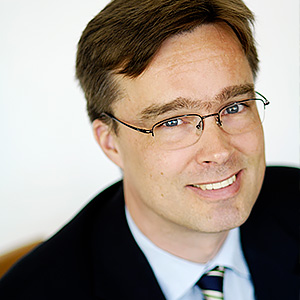 The Finnish Parliament completed the Waste Law package in July when the rest of the country enjoyed the record warm summer. The starting point for the amendments was the changes to the Waste Framework, Packaging and Packaging Waste Directives proposed by the EU Commission in the Circular Economy Package.

The directives’ obligations should have already been introduced into the national legislation in all EU Member States in summer 2020, and the European Commission did, actually, initiate measures against Finland because of the delay; the measures are designed to bring the Member States into line, first by asking questions and finally by imposing fines if nothing else seems to work.

After a lot of political twisting and turning, the Waste Act was eventually completed, but what does it look like from the perspective of companies that bear producer responsibility? Did the lobbying efforts pay off?

The most significant feature of the new Waste Act for packaging producers is that the minimum targets set by the EU were not increased in the Finnish legislation. The only exception is aluminium, for which Finland’s recycling rate is already very high and close to the new targets. Tighter targets for Finland would have weakened the competitiveness of Finnish producers in comparison with countries whose targets have been set at the minimum level.

Another good feature is that the scope of producer responsibility obligations will be extended to cover international distance sellers in all product groups. The growing foreign online shopping business will thus pay its fair share of the fees. Producers located outside Finland may fulfil their obligations in Finland through an authorised representative or by joining the producer organisation.

Collections from residential properties will significantly increase the cost of producer responsibility for packaging. Fortunately, packaging producers will be obliged to reimburse municipalities for only 80 percent of the cost of collecting packaging waste from residential properties, as this will help companies to adapt to the new situation. Packaging producers will continue to be obliged to maintain take-back points for packaging waste.

The toughest political debate concerned tendering for waste transport services. Up until now, Finland has had a dual system of waste transport services, which means that municipalities have been able to decide whether an individual municipality or the property owner is responsible for arranging waste management services. The Ministry of the Environment would have wanted municipalities alone to be responsible for organising waste management services, but private companies in the sector found the dual system to be a better option. According to the new law, municipalities will organise the transport of separately collected household waste, i.e. biowaste, small metal objects and packaging waste, from properties after the transition period.

The recycling rate of packaging will increase in Finland thanks to the legislation. The competitiveness of Finnish companies with producer responsibility will not be affected as compared to competitors in other countries even if the costs of packaging producer obligations increase. In addition, services for consumers will improve with the increased collection operations from residential properties. All in all, in my opinion, the lobbying efforts did pay off.

How will eco-modulation change packaging?

Consumers and recycling 20.10.2021
All the latest articles
Rinki's newsletter brings you all the latest news about recycling of packaging
FAQ for companies